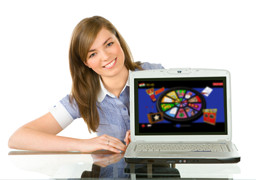 “Unbelievably easy to use course, and a lovely company to deal with.”